This blog post was reviewed for technical accuracy by AWS Security

Amazon Virtual Private Cloud (Amazon VPC) is a service that lets customers launch AWS resources in a logically isolated virtual network they define. Customers have complete control over their virtual networking environment, including the selection of their IP address range, creation of subnets, and configuration of route tables and network gateways.

In its effort to identify and detect Attackers’ Techniques across the enterprise: on endpoints, on-premises, and cloud, the Hunters team researched a technique using a VPC feature that allows customers to control their IP address. An attacker could use this to control the IP address written to AWS CloudTrail logs when accessing a compromised account. This can potentially enable an attacker to fool various security protections that rely on the Cloudtrail logs, such as SIEMs and cloud security tools. These include, but are not limited to GuardDuty, Rapid7, and Lacework. In addition, analysts looking for evidence of an attack might miss it.

This blog post reviews the obfuscation technique in technical detail and provides recommendations for actionable measures.

[ You can also watch it as a webinar here ]

Attacker control of CloudTrail SourceIP - Why is it Important?

Consequently, it would be possible to make malicious actions look innocent, by making them look as if they were performed by legitimate entities, and it would be very hard to detect attack traces and attribute the intrusion to a specific source.

If your security tools rely solely on the sourceIP field within AWS CloudTrail logs, we recommend you follow the mitigation recommendations below.

To successfully execute this technique, attackers need to gain access to legitimate AWS credentials from the victim account, then create VPC endpoints (a feature that enables direct communication between EC2 instances in your VPC and AWS services) within their own account, and create a VPC with IP ranges which could obfuscate their traffic when they used the compromised credentials. Below are key features that we need to describe in order to explain how the technique is used:

We generated API credentials in the victim’s account (“B”) as the credentials that were compromised by the attacker prior to the usage of the technique. 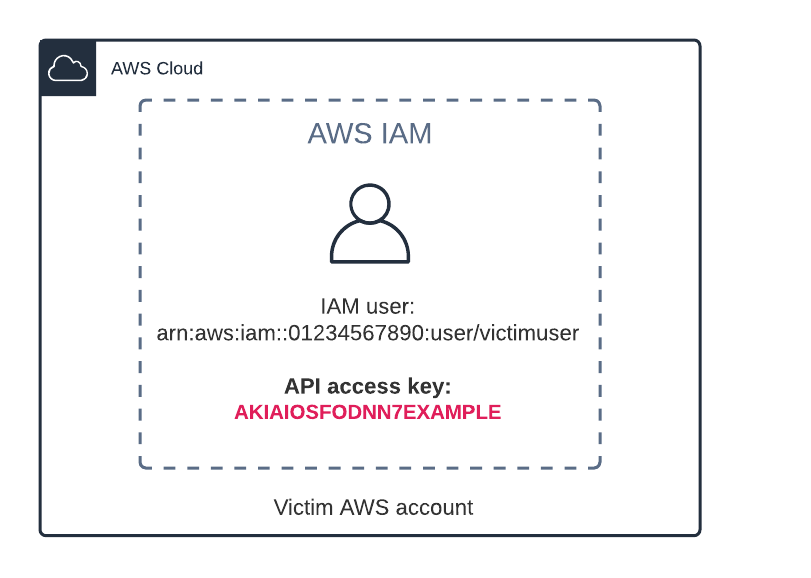 We then configured these “stolen” credentials in the ~/.aws/credentials file on the attacker EC2 instance so that AWS CLI calls made from the instance within the attacker-controlled Account A would use them.

Next, we created VPC endpoints in the attacker account for the services we intended to make API calls to.

We picked a subset of 44 of the most important services out of the 125 AWS services for which VPC endpoints can be created, and for each one we chose a single API call in that service which does not require any specific parameters.

To verify the technique, we executed a test. For comparison, we first performed API calls to the services from the EC2 instance without tunneling it through VPC endpoints. These calls showed up in the CloudTrail logs with the public IP address of the instance as the source IP.

In the next step, we created VPC endpoints for the services mentioned above and re-ran the AWS CLI commands in each service, this time through the VPC endpoints. 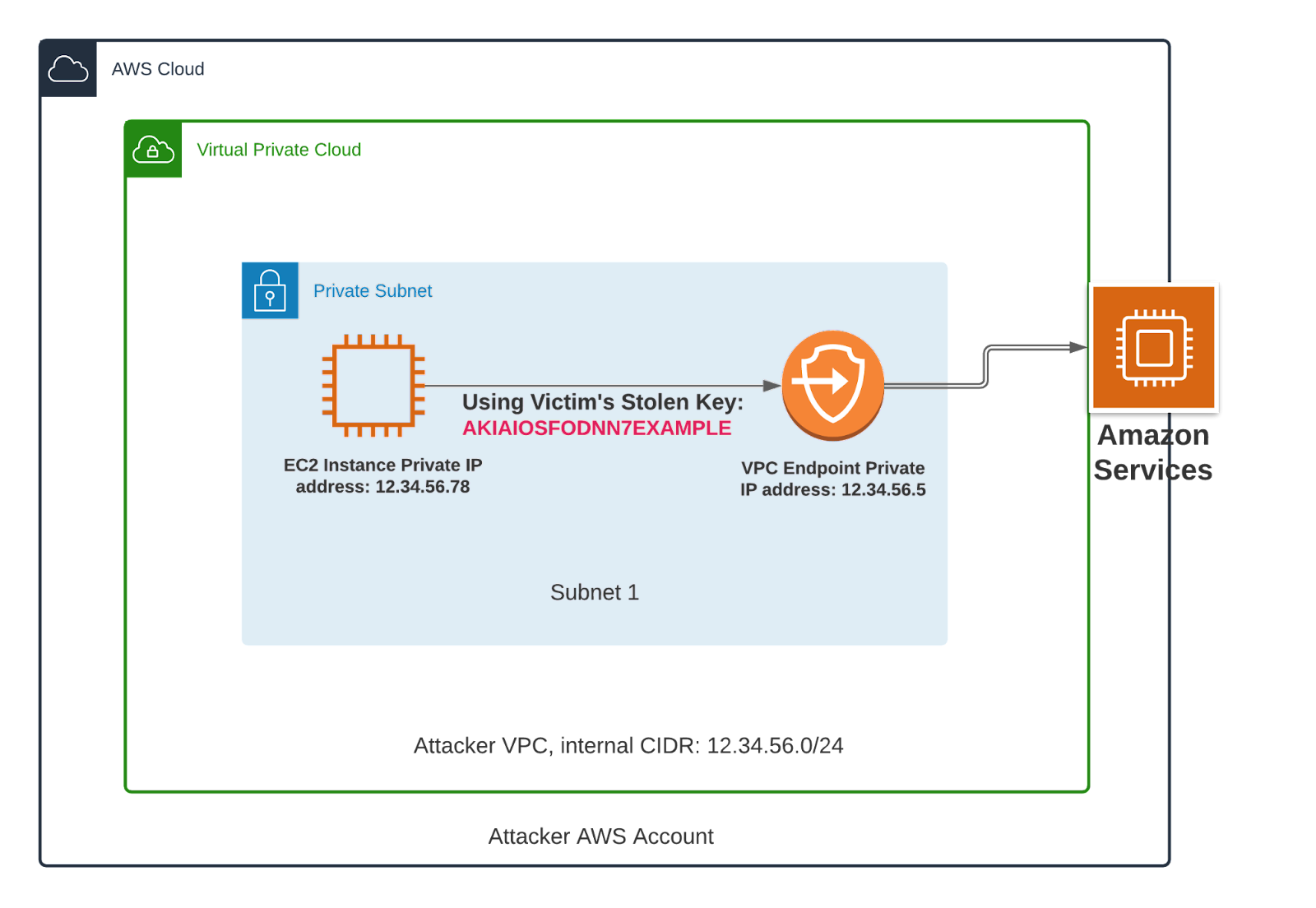 The test was successful, showing the “internal” IP address selected by the attacker as the source IP in the CloudTrail logs

Ways Attackers can Use this Behavior

Attackers can obfuscate their IP address for many different purposes - here are some examples:

Can this be Used to Bypass IP-based IAM Policies?

We tested whether we can use this technique to bypass IAM source-IP-based policies (usage of the aws:SourceIp key). The test assumes that, in some instances, organizations configure such policies, only allowing certain sensitive AWS actions from specific subnets.

Under this assumption, we tested whether, in such cases, if an attacker creates a VPC with a corresponding "internal" IPv4 CIDR block and uses VPC endpoints, they can succeed in calling the sensitive AWS APIs, thus "bypassing" such policies.

We discovered (as is documented) that when API calls are done through VPC endpoints, the aws:SourceIp key is not available (instead, the aws:VpcSourceIp is available), thus this technique cannot be used to bypass such IAM policies.

How to Detect such activity in your Environment:

In general, when AWS API calls are done through VPC endpoints, the optional vpcEndpointID CloudTrail field is populated (with the ID of the VPC endpoint) - as opposed to all other calls, which do not populate this field. This is the only remnant of usage of this technique in the logs.

Given that, our first recommendation is reviewing the vpcEndpointID field.

WHERE vpc_endpoint_id IS NOT NULL

AND source_ip_address_as_int IS NOT NULL

AND user_agent NOT LIKE '%.amazonaws.com' -- remove all AWS-service invoked API calls

However, detecting an attacker who uses an IP address that is also a valid private IP address in any of your VPCs, is significantly harder. This is because if you use VPC endpoints in your environment, the only significant difference between the logs created by legitimate actions and the attacker’s actions is the specific VPC endpoint IDs logged. We recommend addressing this use-case with more anomalous-based detection logic, detecting usage of a new VPC endpoint ID never seen before in the organization

Finally, we recommend AWS CloudTrail users to cross-reference their cloud events with other sensors on endpoints, on-premises, email, identity, and more. Consolidated, automatic detection across surfaces is the most effective way to point out and trace inconsistent logging and missed threats.

Watch this technique reproduction in our webinar here.

Listen to "Hands-On Security" podcast episode about the technique here.